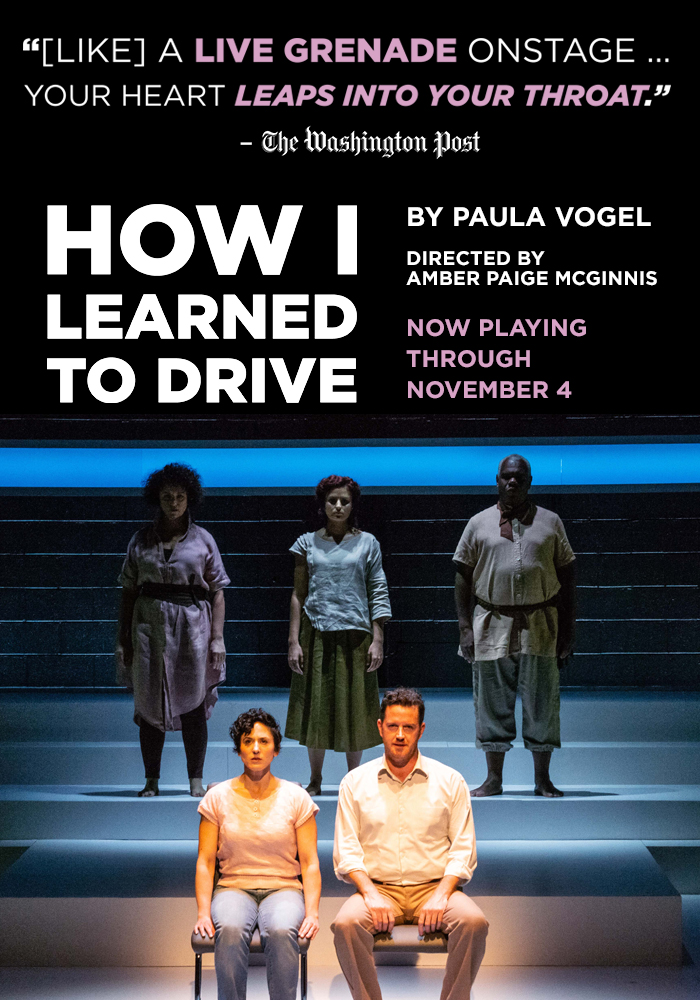 Paula Vogel’s chronicle of one woman’s journey to break the cycle—and silence—of sexual abuse is a heartbreaking, sardonic, and uncomfortably funny exploration of the complicated relationships between victims, offenders, and enablers. Li’l Bit’s “education” at the hands of her Uncle Peck began when she was just 11 years old. As an adult survivor, she takes the stage to unravel the tangled roadmap of emotions and memories that paved the way for her to reclaim her narrative. Amber Paige McGinnis makes her Round House directorial debut with one of the most resonantly powerful plays in the modern American canon, with a message that is still all too relevant in this pivotal #MeToo moment in our history. Content Advisory: This production contains scenes depicting acts of sexual abuse, incest, and its aftermath.

Here’s a behind-the-scenes peek into the technical rehearsal process for HOW I LEARNED TO DRIVE, created by director Amber Paige McGinnis. Did you know that Amber is also an accomplished filmmaker? She recorded this video to give audiences an inside look into the part of the process they usually don’t see. CLICK HERE