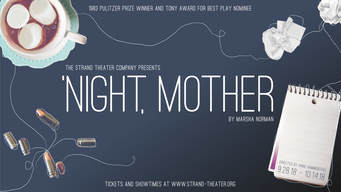 “On a seemingly normal evening, we meet Thelma Cates (Mama), an aging mother and widow who lives with her daughter, Jessie. Jessie is the divorced mother of a hoodlum son, who—unsatisfied and depressed—struggles with life as an unemployed epileptic. On this night, Jessie comes into the room asking her mother about the whereabouts of her father’s old revolver. When Jessie finds it in the attic, she confesses to her mother that she is going to kill herself. Tonight.” (stageagent.com)

“ ‘Night, Mother is a taut and fluid drama that addresses different emotions and special relations. By one of America's most talented playwrights, this play won the Dramatists Guild's prestigious Hull-Warriner Award, four Tony nominations, the Susan Smith Blackburn Prize, and the Pulitzer Prize in 1983.” (amazon.com)

Part of Strand Theater Company's mission is to showcase the theatrical work of those who identify as women in the Baltimore community. We're thrilled to introduce you to two talented women today! 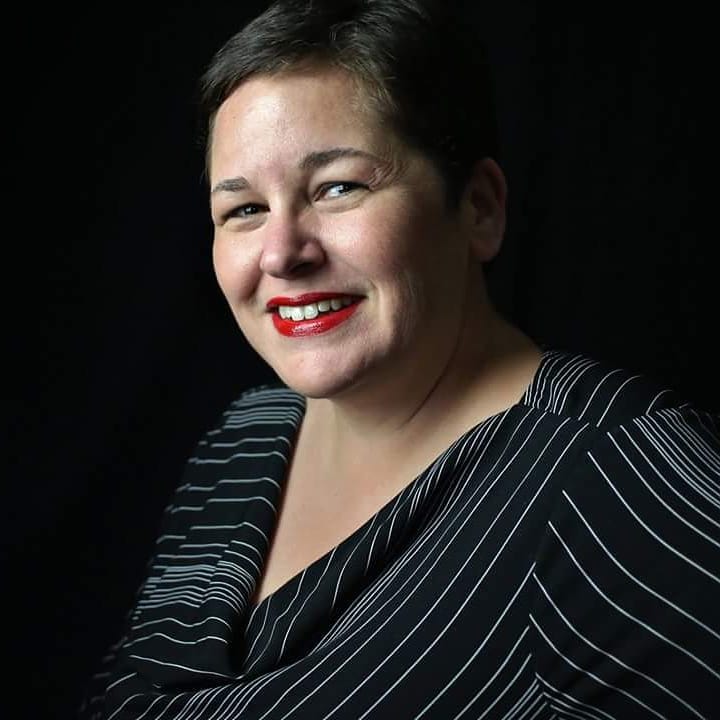 Andrea Bush will play the role of Jessie Cates in 'Night Mother, the opening production of our 11th season. Andrea is a triple threat- an actor, a singer, and a director who also happens to live in the neighborhood! She counts Emma's Tea Spot and Silver Queen Cafe as two of her favorite spots in Hamilton.

She also once sneezed and sprained her ankle!

Andrea loves this play because "The topics of mental illness and suicide are usually approached with such a heavy hand or so steeped in stereotypes that they are outright insulting to anyone who lives with this reality.[Playwright] Marsha Norman takes a dire subject and approaches it as "a day in the life." These are just two people, trying to get by the best way they know how."

Kathryn Falcone will be playing the role of Thelma Cates in 'Night, Mother. Kathryn is a veteran of Baltimore theater and counts William Shakespeare, Kathy Bates, and the musical A Chorus Line as some of her biggest theatrical influences. She also makes the BEST popcorn you'll ever taste!

Kathryn wants you to see 'Night, Mother because "Subject matter that makes you uncomfortable, that challenges your hard-set views is important. It slaps us into an awakening that wouldn’t have been there before."