his Weekend: Meet Jules Feiffer and Laurie Simmons at the Parkway 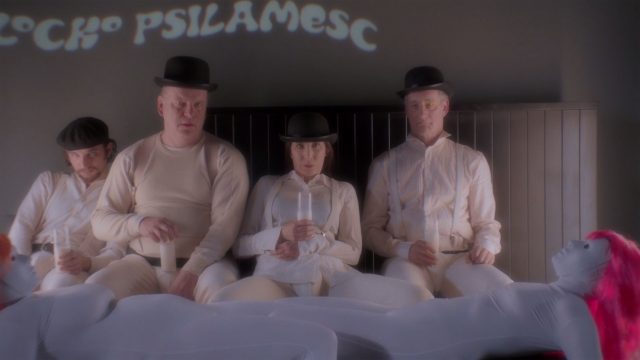 One of the stars (and Baltimore native), John Rothman, known for United 93 and Devil Wears Prada (among others), will be here too!

Did you know? Laurie Simmons joined us at the 2010 Maryland Film Festival with her daughter Lena Dunham for Lena's first film, Tiny Furniture, which also featured Laurie’s photography.

Check out this story in the New York Times about Laurie's recent work.

About the Film
Single New York City artist Ellie Shine is looking to gain inspiration and tranquility as she housesits for a friend in upstate New York. Accompanied by her lovable handicapped dog, Bing, Ellie comes of age—middle age—in her new surroundings.

“Refreshing…provocative…We are mere weeks into 2018, but I have a feeling
the final shot of “My Art” will easily rank among my favorites of the year.” - Matt Fagerholm, RogerEbert.com

Director Dan Mirvish (Slamdance co-founder) will be here too!

Jules will be signing his new book The Ghost Script in the lobby at 6:00pm. Sponsored by Atomic Books.

BERNARD AND HUEY was a long-lost script by Feiffer about the roguish Huey and nebbishy Bernard—unlikely college friends in late 80s New York.

"As you might hope for a film with a script from the great Jules Feiffer, Dan Mirvish's Bernard and Huey bristles with anxious, circuitous, hilarious talk." - Alan Scherstuhl, Village Voice