SAVE THE DATE: Broadway Star Cynthia Erivo with the BSO—DISCOUNT TIX AVAILABLE 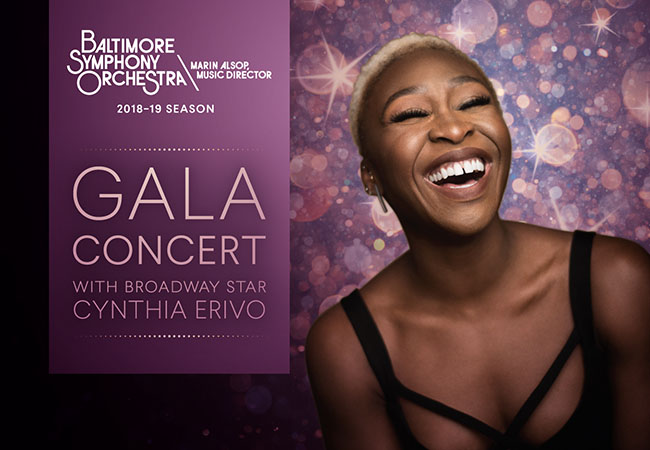 Tony and Grammy Award-winner Cynthia Erivo joins the Baltimore Symphony in a dazzling program of Broadway hits and orchestral favorites. Praised for her star-making performance as "Celie" in the hit Broadway revival of The Color Purple, British singer and actress Erivo has performed at the Kennedy Center Honors and 2017 Grammy Awards. She stars in the upcoming 2018 films Bad Times at the El Royale and Widows, alongside Viola Davis.

Concert tickets do not include Gala dinner and after-party. For sponsorship opportunities and full Gala packages please contact the Development Office at 410.783.8074.

Get 20% off with code EVERYMAN