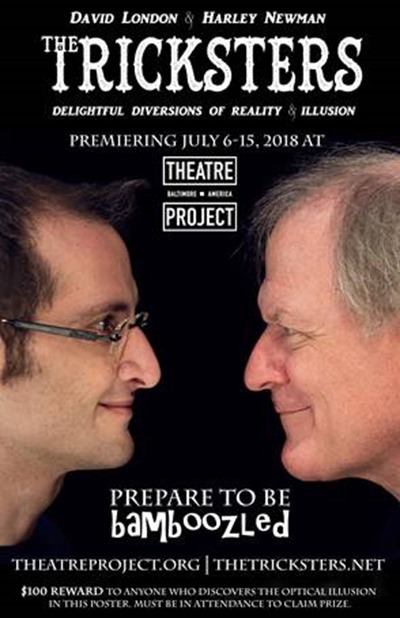 They play with illusion and bend reality.
They practice the art of joyful deception.
They are storytellers, philosophers, clowns and poets.
They will fool you, make you laugh, and lead you to wonder if all of life is just one big trick.
David London and Harley Newman proudly present The Tricksters.
Prepare to be Bamboozled!

Harley Newman has been called the "zen-master of sideshow." He has earned international recognition for his unique approach to stunt performance, and through countless live and television appearances has been seen by billions of people worldwide. http://www.bladewalker.com

David London has been called a "mad genius magician." He combines the art of illusion with storytelling, comedy and surrealism to create truly original theatrical performances, which he presents across the entire country. http://www.DavidLondonMagic.com

David and Harley have been friends for nearly 20 years. Whenever they are together, the proudly bounce off the walls, and dream of impossible things.