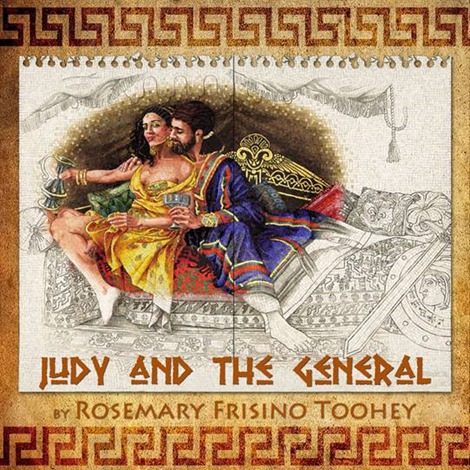 Based on The Book of Judith, a deuterocanonical book, included in the Septuagint and the Catholic and Eastern Orthodox Christian Old Testament of the Bible, but excluded from Jewish texts and assigned by Protestants to the Apocrypha, Judy and the General is Rosemary Toohey's hilarious new musical about the biblical Judith and the powerful general Holofernes. Her image is in museums and churches all over the world.  Hundreds of artists through the years have depicted a young woman in the act of beheading a bearded general.

​It’s not often that women are seen as heroes in the Bible, but among the handful of strong female characters, Judith is a standout.  Intelligent, devout and resolute, she ingeniously uses her feminine wiles to outwit the mighty Holofernes, thereby saving her people from destruction.  It’s a classic match between the forces of good and evil.

The story of a woman who takes it upon herself to save her town from impending destruction, and the indecision of the male dominated leadership!