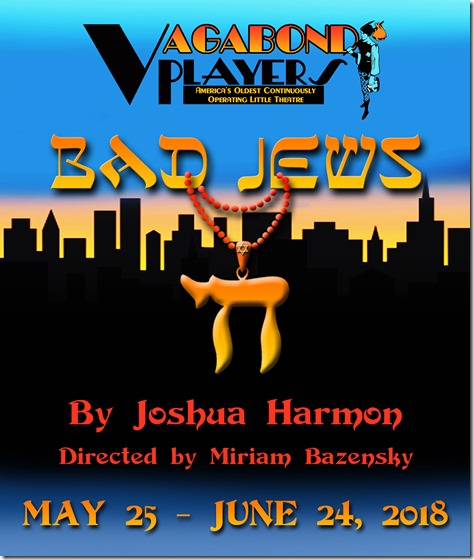 WHEN: opens Friday, May 25 and runs through Sunday, June 24.  Special $10 Thursdays on Broadway performance June 21 at 8 p.m.
WHERE: Located at 806 S. Broadway, the Vagabond Theatre is easily accessible to patrons.
TICKETS: Tickets can be purchased online at www.vagabondplayers.org or at the door ($10-$20); special rates for groups available online. Friday night performances feature special pricing--$15 for everyone. 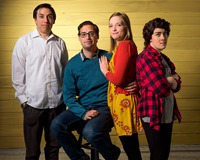 There's nothing like a death in the family to bring out the worst in people. When a beloved grandfather dies and a treasured family heirloom with sacred significance is up for grabs, just who is the most deserving heir? This blistering comedy raises provocative questions about religious identity and observance.