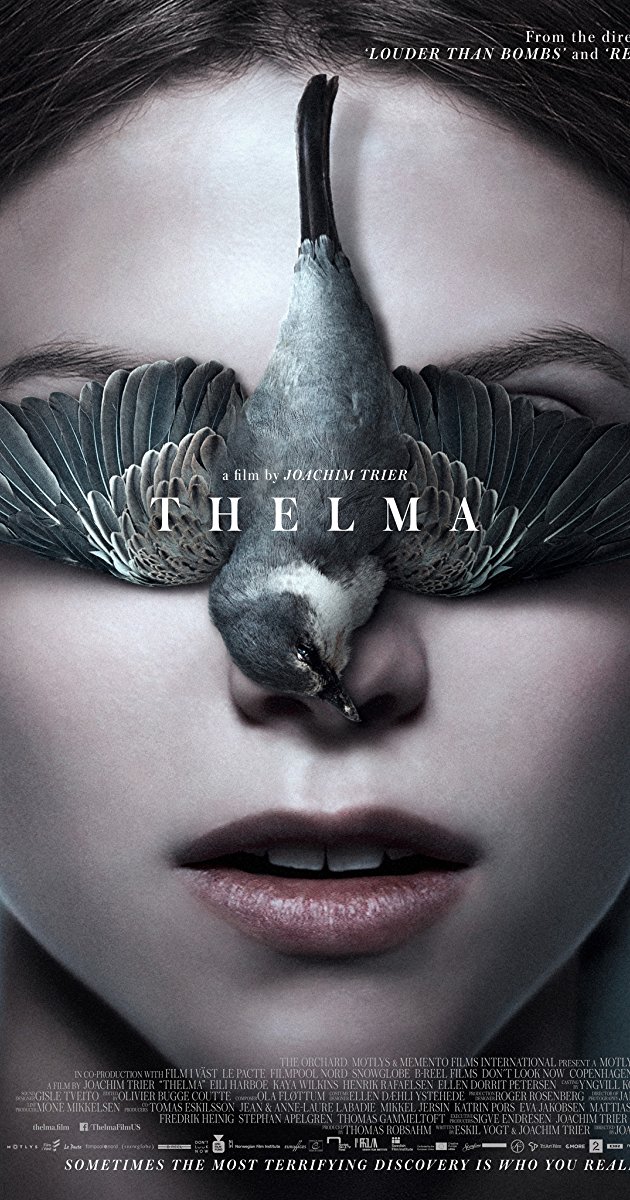 Thelma, a shy young student, has just left her religious family in a small town on the west coast of Norway to study at a university in Oslo. While at the library one day, she experiences a violent, unexpected seizure. Soon after, she finds herself intensely drawn toward Anja, a beautiful young student who reciprocates Thelma’s powerful attraction. As the semester continues, Thelma becomes increasingly overwhelmed by her intense feelings for Anja -feelings she doesn’t dare acknowledge, even to herself –while at the same time experiencing even more extreme seizures. As it becomes clearer that the seizures are a symptom of inexplicable, often dangerous, supernatural abilities, Thelma is confronted with tragic secrets of her past, and the terrifying implications of her powers.