The David Murray Band performance this Saturday has been postponed to Feb. 2.  Please mark your calendar for this world-class musician. 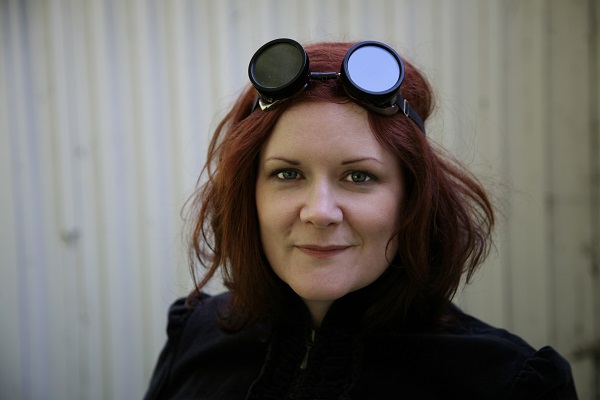 San Francisco Bay Area bassist and composer Lisa Mezzacappa brings her lush and layered avantNOIR ensemble to Baltimore in its first East Coast tour. avantNOIR is a suite of compositions for jazz sextet inspired by noir genre fiction set in New York City (where Mezzacappa was born and raised) and the San Francisco Bay Area (where she has lived for the past 16 years). avant-NOIR is a musical companion to Paul Auster’s abstract “soft-boiled” crime stories from his New York Trilogy of the 1980s, set in conversation with the West Coast classic hard-boiled 1920s-era detective fiction of Dashiell Hammett. The music progresses like a detective’s case, using clues and imagery from the crime novels such as maps, letters, messages and relationships between characters and places, to create compositions with acoustic and electric sounds, and composed and improvised material. The result is a contemporary jazz gem influenced as much by Charles Ives and Pierre Boulez as by Eric Dolphy and Henry Threadgill.

Mezzacappa’s partners in crime couldn’t be better suited to the challenge of navigating her sometimes gnarly, sometimes spacious but always imaginative music. Guitarist John Finkbeiner and tenor saxophonist Aaron Bennett were regulars in the California edition of Adam Lane’s Full Throttle Orchestra, and have been part of Mezzacappa’s Bait & Switch quartet for nine years. Jordan Glenn, of Fred Frith’s current trio, is one of the Bay Area’s most in-demand and versatile drummers. Tim Perkis is a pioneer of laptop improvisation, and adds a supremely sensitive layer of sound to the compositions. And percussionist Mark Clifford, an outstanding composer in his own right, plays vibraphone and Foley sound effects—rotary phone, typewriter, hotel desk bells—as part of the record’s rich and mysterious sonic landscape.

"Nico Sarbanes is a jazz vocalist, trumpeter and composer from the great city of Baltimore. At 23, he is already emerging as one of the city's most talented young performers, combining a virtuosic technique on the trumpet with an impressive command of the vocal repertoire of the Great American Songbook. As a composer, he draws on his jazz and classical influences, as well as the klezmer music of his Jewish heritage, to create exciting new works.

Nico received his Bachelor of Music degree from the esteemed Schulich School of Music at McGill University in Montreal. While at Schulich, he received numerous awards for performance, and for multiple years occupied the solo trumpet chair in the school's premier touring big band ensemble. Under the tutelage of venerable jazz composers such as Kevin Dean, Joe Sullivan, and Jean-Nicholas Trottier, Nico honed his own compositional talent, earning additional accolades. Quickly establishing himself as an artist to watch on the Montreal jazz scene, Nico led two successful performances at the Festival International de Montreal, including opening for Grammy Award-winning vocalist Dianne Reeves at the Theatre Maisonneuve.

Nico is a proud native of the city of Baltimore, and consistently seeks to bring attention to both the city's impressive jazz history and its current wealth of musical talent. Nico is also passionate about music education. He is currently pursuing his teaching certification at Towson University, and looks forward to passing on his love of music to future generations."

Cowboys & Frenchmen CD Release Tour
WHEN: Tuesday Oct 17 - 8:30 pm
Get Tickets
Cowboys & Frenchmen is a new take on instrumentation, orchestration, and composition for the jazz quintet. The front line of two alto saxophones is the vehicle for reimagining the role of horns in a small group setting, charting new territory by exploring individuality within homogeneity.

The New York City-based quintet is releasing its second album, Bluer Than You Think, in October 2017 on Outside In Music.