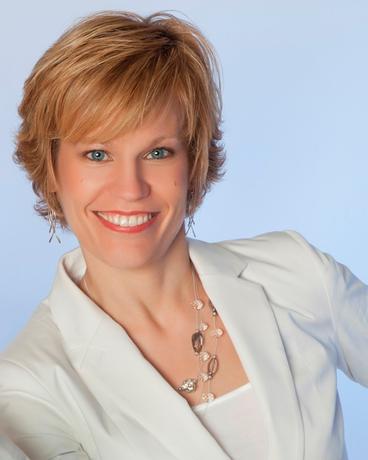 Pianist Lura Johnson is a Steinway Artist and the Second Prizewinner, as a member of Duo Baltinati with cellist Ilya Finkelshteyn, of the 2015 International Johannes Brahms Competition Chamber Music Division.  Hailed as “brilliant” by the Washington Post, she is celebrated for her passionate and insightful interpretations of the standard repertoire and esteemed by colleagues for her uncommon sensitivity and skill as a collaborative partner. Equally comfortable as a soloist, chamber musician, and orchestral musician, she is the Principal Pianist of the Delaware Symphony and has performed extensively as the pianist of choice for the Baltimore Symphony Orchestra since 2007.  Trained by luminaries Robert McDonald and Leon Fleisher, Ms. Johnson has collaborated extensively in orchestral performances and recordings with Yo Yo Ma, Itzhak Perlman, Midori, Leila Josefowicz, Augustin Hadelich, Joshua Bell, and Jean-Yves Thibaudet, the St. Lawrence String Quartet and has performed as soloist with the Baltimore and Delaware Symphonies.

Ms. Johnson’s discography includes a 2001 album, The Jennings-Johnson Duo, with flutist Christina Jennings, and 2010 Centaur Records release of Inner Voice, with BSO violist Peter Minkler, featuring sonatas by Rochberg and Shostakovich. This recording of Arvo Pärt’s spiegel im spiegel was featured in the official teaser trailer for the 2013 Warner Brothers film Gravity, directed by Alfonso Cuarón and starring George Clooney and Sandra Bullock.  Ms. Johnson can also be heard on several recordings released by the Baltimore Symphony Orchestra, including Naxos’ Grammy nominated release of the Bernstein Mass, on which she played principal keyboard. Ms. Johnson’s first solo CD, Turning, was released in summer of 2014. Ms. Johnson has recorded for the Foxridge, Naxos, Innova, Centaur, Albany, and Azica labels.

Ms. Johnson has taught piano at the Peabody Conservatory since 2002 and from 2013-2015 was Director of Chamber Music at Georgetown University in Washington. She has taught on the faculty of the Sequoia Chamber Music Workshop and the Apple Hill Center for Chamber Music.

Formerly the Artistic Director of Baltimore chamber music series Music in the Great Hall, Lura has also worked as Pianist and General Manager with the PostClassical Ensemble in Washington, DC, an innovative and wildly ambitious chamber orchestra that is reinventing and reinvigorating the presentation of classical music with programming that is thematic and cross-discliplinary.

When not onstage, Lura can be found on the dance floor. She is an avid social and competitive dancer with roots in gymnastics, ballet, and ballroom, specializing now in West Coast Swing.

Winner of numerous international prizes and awards, Irina Nuzova has appeared in recital as a soloist and as a chamber musician in the United States, Europe, and South America. In Europe she performed at the Amici della Musica concert series in Florence, at the Hermitage State Museum in St. Petersburg, the Moscow Conservatory, Germany, Romania, and in the Netherlands, and In the USA at the Phillips Collection and National Gallery in Washington D.C., Weill Recital Hall in New York, Gardner Museum in Boston, Music in the Parks Series in St.Paul. Ms. Nuzova has appeared in live radio interviews and live broadcasts on Boston, Chicago, Philadelphia, Washington DC radio stations.

A native of Moscow, Russia, Ms. Nuzova studied at the Gnessin Academy of Music under the guidance of Alexander Satz before moving to the United States. Ms. Nuzova holds degrees from the Manhattan School of Music and the Juilliard School. She earned her Doctorate of Musical Arts degree from the Hartt School of Music.  She studied with L.Natochenny, O.Yablonskaya, J.Lowenthal, and J.-B.Pommier.

A devoted teacher, Ms. Nuzova was invited to join the Piano Faculty at the Special School of America in 2013, where she teaches individual students and chamber music. Ms. Nuzova was part of a Duo-in –Residence at the Music Institute of Chicago with the cellist Wendy Warner. Ms. Nuzova gave Master Classes at the Schwob School of Music in Columbus, GA and at the Music Institute of Chicago and serves regularly as a jury panelist at piano competitions around the USA. During the summer, Ms. Nuzova teaches at the InterHarmony International Music Festival in Italy, and the Summit International Music Festival in Purchase, NY.

She is a member of the Camerata Phillips, the chamber ensemble in residence of the Phillips Collection Gallery in Washington DC.  www.irinanuzova.com