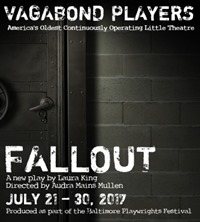 WHEN: July 21-30, Thurs/Fri/Sat at 8pm and Sun at 2pm
WHERE: Located at 806 S. Broadway, the Vagabond Theatre is easily accessible to patrons.
TICKETS: All tickets just $10. Tickets can be purchased online at www.vagabondplayers.org or at the door. 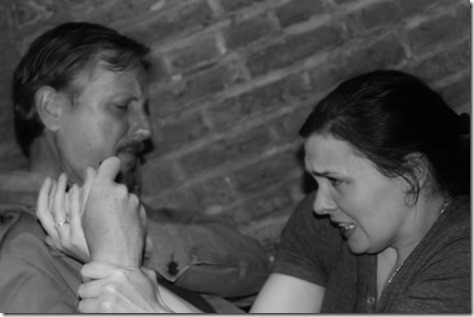 The warning sirens have sounded, but can Anna and David survive the fallout?

Two damaged strangers take shelter from an unknown menace in a relic from the Cold War.  In the claustrophobic confines of a family bomb shelter, Anna and David will have to decide if what is outside is more terrifying than what they are hiding inside themselves.