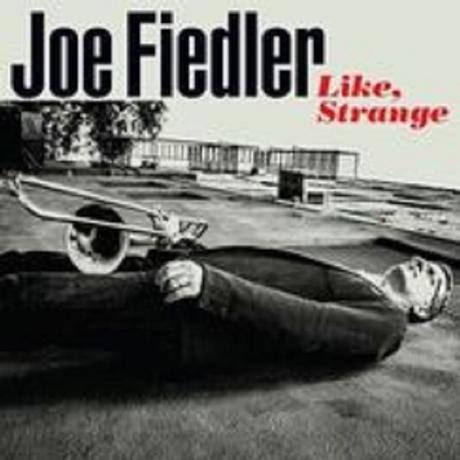 Joe Fiedler is known to critics as “among the most impressive trombonists to emerge in the past couple of decades.” (Harvey Pekar, Signal to Noise) Based in New York since 1993, he has performed and recorded in a long and eclectic list of musical settings ranging from jazz (Andrew Hill, Lee Konitz, Charles Tolliver) to the avant-garde (Borah Bergman, Anthony Braxton, Cecil Taylor) to Afro-Caribbean (Celia Cruz, Ralph Irizarry, Eddie Palmieri) to pop (Marc Anthony, Wycleff Jean, Jennifer Lopez). In addition, Fiedler is the leader of the groups the Joe Fiedler Quintet, the Joe Fiedler Trio and Big Sackbut. His diverse discography features more than 100 recordings, including eight as a leader.  www.joefiedler.com

“Among trombonist Joe Fiedler’s many talents is his uncanny ability to blur the line between avant-garde and mainstream jazz.  It’s a maneuver he’s perfected over the years as the leader of his adventurous trio . . . Though largely based on traditional chord progressions and familiar meters, Fiedler’s compositions exhibit a Mingus-like playfulness, with enough quirks and eccentricities to keep listeners guessing.”- Brian Zimmerman, DownBeat Magazine (Four-star review of Like, Strange)

“In addition to his diverse sideman work, Fiedler's reputation as a vanguard artist with a penchant for experimenting outside conventional norms is somewhat belied by the accessibility of his creative efforts—which are well represented on this engaging (and appropriately titled) session. I'm In, a noteworthy addition to his burgeoning discography, is every bit as compelling as the work of his heroes.” - Troy Collins, AllAboutJazz

“The versatile Joe Fiedler has often been associated with the avant-garde . . . [but he] proves that he’s also a master of swing and blues-based music . . . he uses superb technique, which includes playing chords (multiphonics), and a wit worthy of trombonist Ray Anderson to invigorate straight ahead jazz, paying indirect tributes to tradition while simultaneously turning the music inside out” -Jazziz Magazine