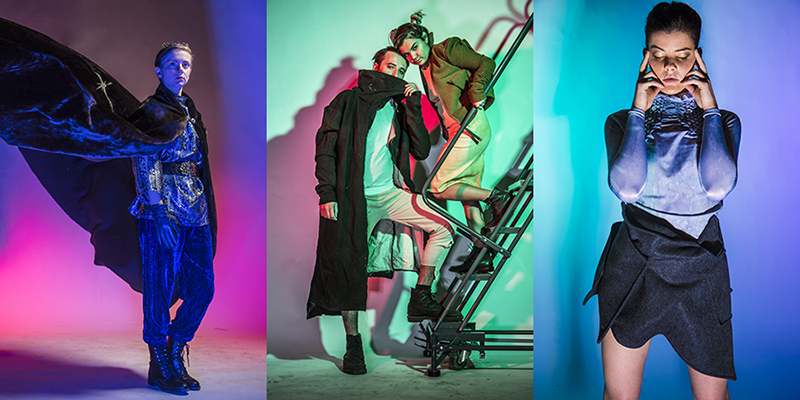 The 24th Annual Benefit Fashion Show showcases a range of high-concept and ready-to-wear student designs that question color in society.

The show was conceived to highlight the ways in which color affects our perception of the world and each other. Each of the designers contributes to this conversation with fashions that encourage viewers to reflect on color’s impact on society, particularly on ideas of race, gender, sexuality and emotion.

“I think Hueman is a culmination of the right ideas at the right time,” said Lian. “Briana and I knew we wanted to focus on color as early as last year, and given the current political climate, I think it's extremely important for audience members to think about their own internal biases and associations that are based on color and how they relate to identity, clothing and art.”

Celebrity photographer Derek Blanks ’00 (Illustration) worked with students to organize a professional-level fashion shoot for the show's lookbook, and his photographs of the student designs will be on display in the Brown Center lobby during the show.

Click here to view Blanks' photos of all the student fashion designs.

Sponsored by MICA’s Office of Diversity and Intercultural Development, a portion of the fashion show’s proceeds will support the office’s diversity programming and scholarly initiatives for students.