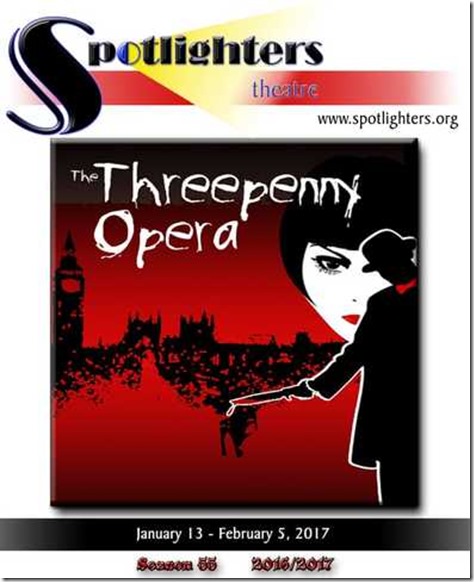 In 1928, Bertolt Brecht and Kurt Weill adapted John Gay's 18th-century The Beggar's Opera to fashion a savage, biting commentary on bourgeois capitalism and modern morality, set to unforgettable music with tunes that have been famous for 90 years.

Our contemporary world sees 19th-century London through the lens of 1920s Berlin, to tell the bitter tale of the predatory outlaw Mack the Knife, who marries the daughter of Soho's underworld boss but is betrayed by his sinister in-laws and his favorite prostitutes and sent to prison. He temporarily escapes with the help of the Sheriff’s daughter, but all the forces of society converge to bring about a menacing finale of ferocious irony.