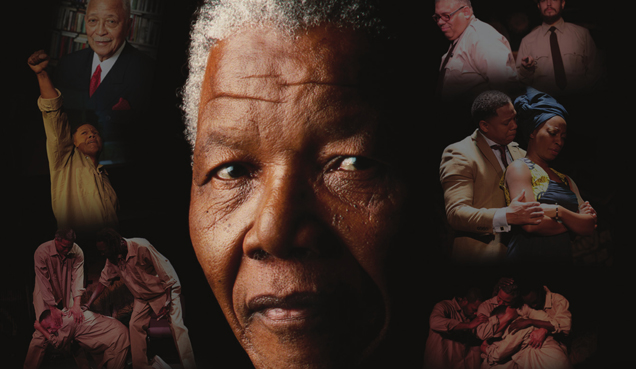 Making its Baltimore debut this Labor Day weekend, the timely and important Mandela is a moving theater performance about the life and struggles of Nelson Mandela.

The play, which originally premiered at the National Black Theater in New York City in 2014, and then included a performance by former NYC Mayor David Dinkins (playing himself), is coming off a third run at the same theater in July 2016. This performance will uplift your spirit and feed your mind. This play is full of scenes that include laughter, dance and thought provoking moments, which will have the audience experience the struggles and joys of Mandela, Winnie Mandela, and the courageous men and women who stood by Nelson Mandela's side.

Director/Co-Writers and Co-Producers John Ruiz, who was a personal friend of Mr. Mandela, and Yolanda Brooks were inspired by Nelson Mandela and have brought together a stellar cast, including Audelco Award Winner Lloyd Goodman who plays Nelson Mandela for this limited engagement.

"Gripping!" "Moving!" "Riveting!" are just a few words to describe this triumph.

ABOUT JOHN RUIZ
Ruiz, a friend of Mr. Mandela’s, is a retired New York City Firefighter and constant fighter for equal justice rights. He is highest decorated firefighter for public service in the New York Fire departments’ history earning him such awards as The Univision Humanitarian Award, The Crest national smile Award, The Thomas Jefferson Award, The Presidential Award, The Bell Telephone Award, The NY Yankees Award, The New Yorker of the Week, and a Telly Award.

John Ruiz will be on hand for the entire run and is available for interviews about the show and Mr. Mandela.