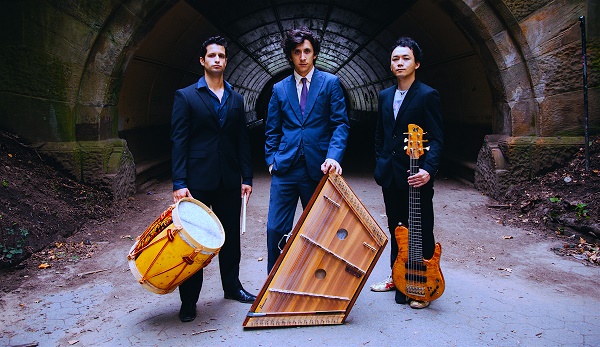 "The Jimi Hendrix of the hammered dulcimer.” —NPR
“A sight to behold.” —Time Out NY
“One of the most original bands on the planet.”  —NY Music Daily

As our collective world becomes smaller and smaller, cultural boundaries are being re-defined with often disparate elements thriving in the resulting melting pot. Hip-hop from China, jazz from India, and now—from the streets of Brooklyn, New York—House of Waters adds their unique blend of world, jazz, folk, and classical music into the cultural brew with a sound that personifies 21st century musical flavors. House of Waters brings global passion and virtuosic musical chops to the delight of fans of pop, alternative and contemporary music styles. The result is simply mesmerizing.

Lauded as the “Jimi Hendrix of Hammered Dulcimer” by NPR, Max ZT is an innovator of the instrument. Taking his roots from Irish folk music, Max has transplanted his compositional techniques to both Senegal, where he studied the Mandinko technique with the Cissoko griot family, and to India, where he received a grant to study under the santoor master Pandit Shivkumar Sharma. His fresh perspective and bold experimentalism have been the backbone to beautiful, complex, and genuine compositions, while his unorthodox playing style has been a pioneering force in revolutionizing dulcimer techniques.

Moto Fukushima has been playing music for as long as he can remember. Accompanying such greats as Joe Lovano, Mike Stern, and Dave Weckl, he has redefined the role of the bass. With a strong background in jazz improvisation, Western classical music and the African inspired musics of South America, Moto's playing is an amazing combination of finesse, subtlety, and power.

Together they partner with a variety of different percussionists, and have shared the stage with some of the most influential musical leaders of the century including: Pandit Ravi Shankar, Victor Wooten, Tinariwen, Jimmy Cliff, Karsh Kale, and more. They are, as TimeoutNY states, “A sight to behold.”