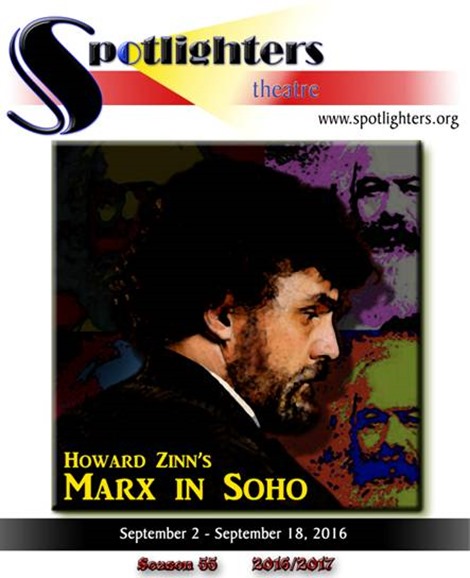 MARX IN SOHO
by Howard Zinn
directed by Sherrionne Brown

Marx is back! The premise of this funny, witty and insightful “play on history” is that Karl Marx has agitated with the authorities of the afterlife for a chance to clear his name. Through a bureaucratic error, though, Marx is sent to Soho in New York, rather than his old stomping ground in London, to make his case.

Howard Zinn, best known for his book, A People’s History of the United States, introduces us to Marx’s wife, Jenny, his children, the anarchist Mikhail Bakunin and a host of other characters.

Marx in Soho is a brilliant introduction to Marx’s life, his analysis of society, and his passion for radical change. Zinn also shows how Marx’s ideas are relevant in today’s world.