SHAKESPEARE PLAY IN ORIGINAL PRONUNCIATION TO OPEN THIS FRIDAY 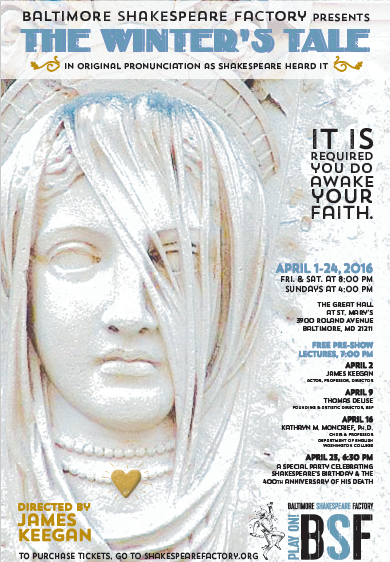 Shakespeare's own "fairy tale" has it all: kings and thieves... love and jealousy... comedy and tragedy... loss and redemption... angry gods and an even angrier bear!
But our production of The Winter's Tale has something extra...

WHEN: April 1st - April 24th, Fridays & Saturdays at 8pm; Sundays at 4pm
WHERE: The Great Hall Theatre at St. Mary's