“HARRY AND THE THIEF” OPENS @ THE STRAND THEATER CO. ON MARCH 31 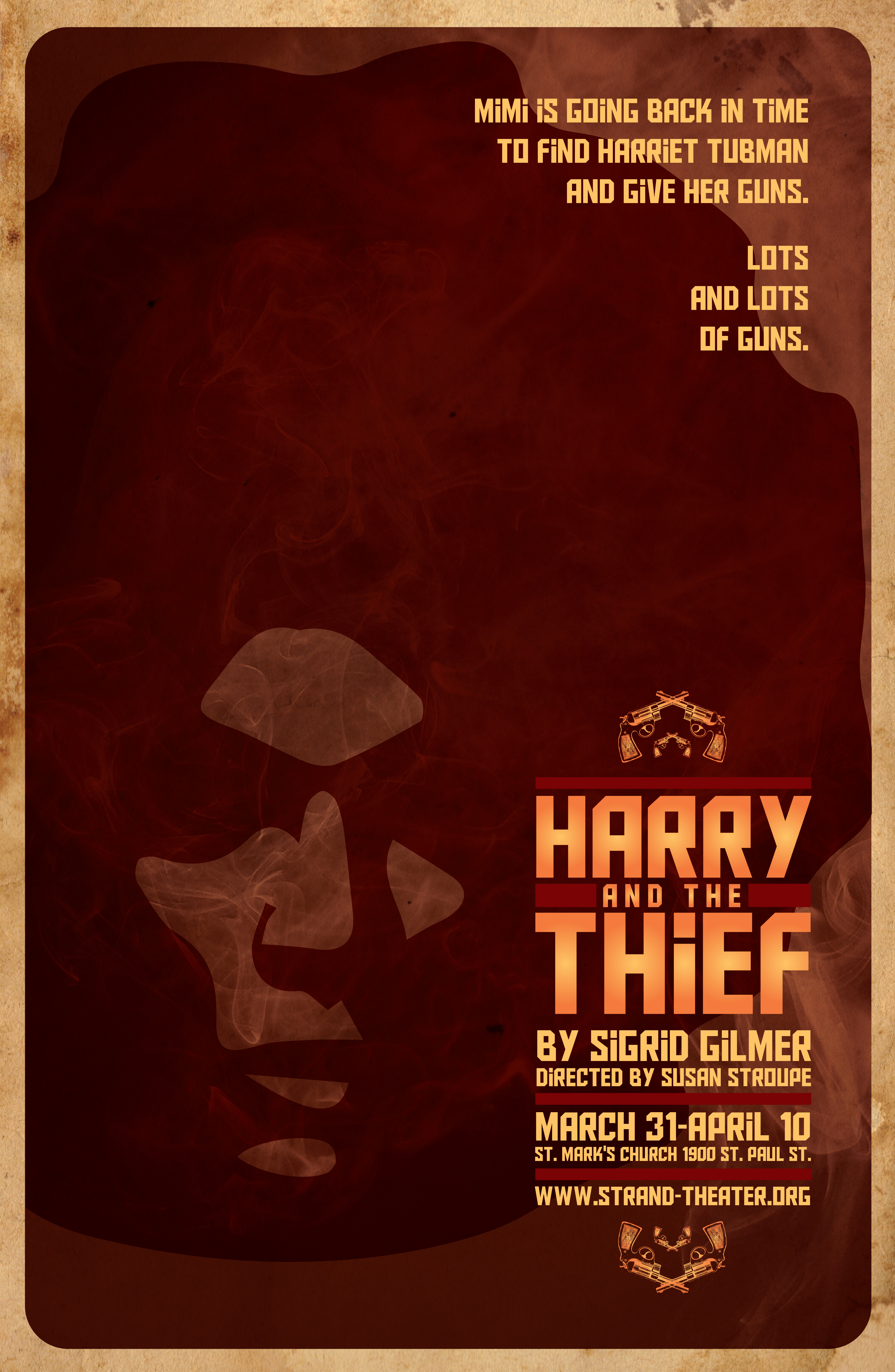 The Strand Theater Company proudly presents
Harry and the Thief
by Sigrid Gilmer
Directed by Susan Stoupe.
Jeremy has a Ph.D. in physics from Harvard. And a time machine. And a plan. Jeremy's plan is to send his thieving cousin Mimi back in time to 1863 to find Harriet Tubman and give her guns. Lots and lots of guns.

About the Playwright
Sigrid Gilmer makes black comedies that are historically bent, totally perverse, joyfully irreverent and are concerned with issues of identity, pop culture and contemporary American society. Her work has been performed at the Skylight Theatre, Pavement Group, Know Theatre of Cincinnati, Cornerstone Theater Company and Highways Performance Space. She is a winner of the Map Fund Creative Exploration Grant, the James Irving Foundation Fellowship and is a USA Ford Fellow in Theatre.