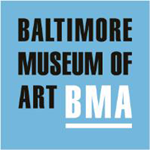 The Baltimore Museum of Art opens its New Arrivals series celebrating its Campaign for Art with two outstanding photography exhibitions:

In the years leading up to its 100th anniversary, the Museum’s Campaign for Art received more than 3,500 new gifts of art. The BMA celebrates these wonderful contributions by showcasing them in a series of exhibitions across the collections. The series culminates in a major exhibition, New Arrivals: Gifts of Art for a New Century, on view February 7, 2016 to May 8, 2016. Featuring approximately 200 artworks by artists such as Pierre Bonnard and James Abbott McNeill Whistler, the exhibition juxtaposes recent acquisitions with complementary works already in the collection.

The works on view are part of a major gift from Baltimore collectors Tom and Nancy O’Neil. Their generous gift is the most significant collection of photographs to come to the BMA since a partial gift in 1988 from educator, gallerist, and collector George M. Dalsheimer. Today, the Museum’s photography collection is recognized as among the best in American museums

New Arrivals: Late 20th-Century Photographs From Russia & Belarus, on view September 30, 2015 through March 20, 2016, reveals the former Soviet Union as it was increasingly opening up to the West in the 1980s through more than 20 works. Russian and Belarusian artists such as Sergey Kozhemyakin, Alexander Slyusarev, and Boris Savelev are featured. Many of the works capture once-powerful symbols of the eroding Soviet State, particularly the ubiquitous image of Vladimir Lenin, founder of the Communist Party and leader of the 1917 Russian Revolution. Other works are inspired by everyday experiences. The exhibition is curated by Curator of Prints, Drawings & Photographs Rena Hoisington.

.The works on view came to the BMA as part of a gift of 48 photographs from Trustee Brenda Edelson who served as the Museum’s Program Director from 1973 to 1985 and oversaw the BMA’s Downtown Gallery, the first satellite gallery in the country. The gift perfectly complements the BMA’s photography collection—now with more than 4,000 works—by strengthening and globally diversifying its contemporary material.