In memory of Kathleen Happ

These exceptional documentaries and features hail from Spain, Austria, Australia, Germany, Switzerland, Canada, and the USA. 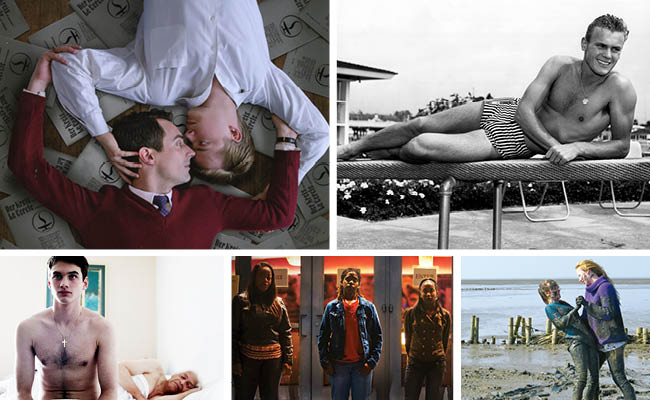 This year’s festival boasts several celebrated veteran directors, including Cheryl Dunye (director of the lesbian classic Watermelon Woman); Bruce LaBruce (Super 8 ½, Hustler White, Raspberry Reich). LaBruce’s gay cinema classics explore issues that push sexual boundaries and have punk roots. Tab Hunter Confidential is his most mainstream film to date; director Monica Treut’s prolific career includes Seduction: The Cruel Woman, My Father is Coming, and Genernauts. Jeffrey Schwarz is beloved in Baltimore for I Am Divine and Vito. These directors have made their best work to date and span genres and styles beyond the LGBT niche. This year’s festival is also outstanding for its focus on art, beauty, and aesthetics. Each film is an example of high quality filmmaking, combining gorgeous cinematography, extraordinary acting, and scriptwriting.

We open on Friday, May 15 with Of Girls & Horses, a coming of age story gorgeously filmed in Northern Germany and follow with Tab Hunter Confidential about Hunter who shares his story about how he was secretly gay when he was '50s Hollywood's most sought after star. On Saturday, we screen an Oscar nominated film about Switzerland's first same-sex civil partners who have been together for 50 years. Later in the evening, Out In the Night explores the story of a group of young lesbians accused of being killers after a man threatens to rape them. Saturday evening, we present Queer Shorts, so hold onto your g-strings, posing pouches and butch boxers, because some hilarious, thought provoking and delectably hot shorts are coming out in this program. Closing the festival is Gerontophilia, an update of Harold and Maude that results in a humorous and heartfelt road trip.

We are proud to announce that the festival is presented for its fourth year in partnership with GLCCB, Gay Life and Equality Maryland.

WHAT IS THE ECONOMIC VALUE OF THE ARTS?

Yes, we are shameless supporters of the arts. Here’s why:

Some food for thought: The arts contribute $698 Billion to the U.S. economy. We turn to the arts to inspire us, to nurture our young people, we turn to the arts in times of crisis and in times of joy. The arts create create conversation—around poverty, around disease, around justice. And—AND! advanced economies depend on growth. The arts help the creative economy grow.

These are big numbers. Real impact. Next time you wonder about the "importance of the arts," consider the bigger picture. We should have theaters, galleries, concert halls, film houses in every neighborhood. It's the wise thing to do—for our country’s future, our economy, and the future of our children.

From the Arts and Cultural Production Satellite Account, National Endowment for the Arts, and US Bureau of Economic Analysis.

On hot summer days, let the kids play outside. These are good for those rainy days:

Email ThisBlogThis!Share to TwitterShare to FacebookShare to Pinterest
Labels: Kids

4000 Miles opened on Wednesday night, which means both shows in our Herzog Festival have officially arrived at Center Stage!

After a cross-country biking trip, young Leo lands in Manhattan and finds himself forming an unexpected connection with his new roommate—his 91-year-old grandmother, Vera. Exploring the ties of family, both fragile and strong, and the surprising relationships that can emerge from struggle, 4000 Miles is the Pulitzer Prize-nominated drama that perfectly rounds out our Festival.

Don’t forget: returning April 14 is the 4000 Miles companion show After the Revolution, which is earning praise in Baltimore and beyond.

Email ThisBlogThis!Share to TwitterShare to FacebookShare to Pinterest
Labels: Centerstage 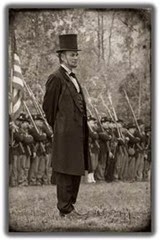 One Time Appearance at the B&O Railroad Museum

American actor Richard Frederick “Fritz” Klein will portray U.S. President Abraham Lincoln at the B&O Railroad Museum, one of the National Park Service’s “funeral” stops commemorating the 150th anniversary of Lincoln’s Funeral Train and the return of Lincoln’s body to Springfield, Illinois, in 1865.

This first person interpretation program consists of an introduction by a National Park Ranger followed by a one hour presentation of Lincoln portrayed by Mr. Klein, who has been portraying President Lincoln for more than 30 years and is considered one of the nation’s top Lincoln interpreters.

Klein will speak in first person as Lincoln during the first 20 minutes of the presentation followed by a 20-minute interactive third person question and answer session as Lincoln and another 20-minute session as himself.

This interpretation continues the Museum’s exhibit The War Came by Train and commemorative events around Lincoln’s Funeral Train Scheduled for the weekend of April 18-19, 2015 (for further information on these events visit http://www.borail.org/Civil-War.aspx ). Museum’s nationally acclaimed exhibit “The War Came by Train” that features special artifacts, including an exact reproduction of the overcoat Lincoln wore on the night of his assassination made by Brooks Brothers, a hand-made scale model of the Lincoln Funeral Car and Civil War veteran’s ribbons and uniforms in gallery exhibits that highlights the events of the year 1865 and the end of the War.

Richard Frederick “Fritz” Klein was born in 1948 and is one of the nation’s best known Lincoln re-enactors. He has portrayed the 16th president in a variety of short films and at numerous venues across the country since 1981. Klein’s portrayals of the president have achieved local and national recognition. He resides with his family in Springfield, Illinois.

Email ThisBlogThis!Share to TwitterShare to FacebookShare to Pinterest
Labels: B&O Railroad Museum, One Performance Only

The Vagabond Players is happy to announce its historic 100th consecutive season for 2015-16.  The centennial season is made up of revivals of past successful Vagabond productions. The Vagabond first opened in 1916 as a part of the Little Theatre Movement that was sweeping the country at the time. Whereas most of those theatres eventually closed or went dark for several seasons, The Vagabond has produced a season for 100 consecutive years earning it the title:

*Plays and schedule subject to change, depending on rights availability. Community members can connect with planners about the festival and share ideas.

The Baltimore Office of Promotion & The Arts, in partnership with What Works Studio and Visit Baltimore, invites community members along with artists, musicians and tech enthusiasts to Light City Baltimore Idea Session.  Light City Baltimore is the region's newest festival taking place in 2016 celebrating art, music and innovation.

The session is a chance for residents and artists to learn more about the vision for Light City Baltimore and to share ideas to help shape and create a festival that accurately reflects the multifaceted arts community, innovation scene and technology sectors in Baltimore.  Festival details will be officially announced at a later date.

**Please note: The location and time for this meeting has changed. The new location is the Center for Urban Families, not the Baltimore Museum of Industry as previously announced.

Attendees are asked to RSVP at rsvp@promotionandarts.org.

Join us for this multimedia spectacular featuring contemporary dance, music, video effects and more. BSA students and alumni are the featured co-creators and artists in this World Premiere.

Nearly a year in the making, Imagined Worlds features the cutting-edge work of internationally acclaimed young artists and BSA students. High tech, high art, highly original, this event promises to be a unique experience and the first of its kind, literally, in Baltimore!

Canadian born, Renee Rosnes is considered one of the premier pianists and composers of her generation. Shortly after relocating from Vancouver to New York in 1986, Rosnes quickly established a reputation as a major talent. She has recorded and toured with a veritable "who's who" of jazz, being the pianist of choice for such legendary musicians as Joe Henderson, Wayne Shorter, JJ Johnson, Buster Williams and Bobby Hutcherson. In 1989, James Moody hired Rosnes for his quartet, and she remained a member of his band until his passing in 2010.
In 2012, Rosnes was the musical director for the New Jersey Performing Arts Center's For Love of Moody: A Jazz Celebration, a show that included performances by George Benson, the Manhattan Transfer and Jimmy Heath. Also in 2012, she produced Joe Henderson's 75th Birthday Celebration for Jazz at Lincoln Center's Allen Room, which featured Bobby Hutcherson, Chris Potter and Robert Hurst among others.

Rosnes has released a series of twelve albums, four of which have garnered Juno Awards, the Canadian equivalent of a Grammy. The Village Voice says “she clearly has the world at her fingertips.”

From scarves and blankets to bathing suits, tablecloths and evening gowns, instructor Shea Webb provides an expertise in creating the most beautiful pieces and will share with students. Each student completes a piece within the 6 week session.

"I wish I knew how to draw!!! " Well, here's your chance. Professional artist Winston Thomas offers instruction in the basics of drawing and illustration for beginners interested in unlocking their artistic abilities.

An exploration of mixed media visual expression. Each session identifies and provides a broad variety of materials while instructor Alicia Weathersby ignites student creativity. Each student creates an original work of art in ONE session.

Class Supplies Provided—Six weeks to release the artist in YOU!