“ONE NIGHT IN MIAMI” @ CENTERSTAGE IS A KNOCKOUT!

Why stay home and watch some contest between brutes and a half-time show with some teenie-bopper howling into a microphone when you could come to the Red Room and make music together?! 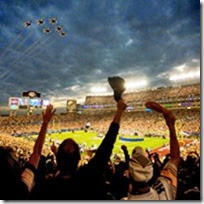 A workshop for anyone interested in playing experimental improvised music in an uninhibited, non-competitive, focused-on-the-work environment. Players who have often never met come together and try to make interesting "never heard before" music in a real-time environment. It involves as much or more listening as playing, and is a great chance to hone one's improvising skills/approach. It is also a social chance to meet and connect with other players.

The BROS Swanktacular is the premier party for the Baltimore Rock Opera Society's 2015 fundraiser campaign: the Campaign for Cash.

After holding successful campaigns in 2011 and 2013 we are ready to show off everything we've accomplished in the past two years and tell you about our crazy new plans for the future. To kick off this event in the traditional BROS style, we are throwing an epic two-part party: one part classy, one part rock n' roll—all swank!

Your support will help keep the Baltimore Rock Opera Society the most exciting and innovative community-powered arts organization for the next 7,000 years.

Dear Shakespeare Lover,
We've got two big opportunities for actors and students coming up fast - including a deadline for our Touchstone Players and the February auditions for our summer shows. If you know anybody who might be interested—friends, family, neighbors—feel free to forward this to them.

This winter we're inviting a small group of 8th-12th graders to rehearse and stage one of Shakespeare’s best-loved plays, "Twelfth Night." Space is limited to the first 15 students, so please register today! This rollicking comedy of mistaken identities is one of our favorites, and we're sure these young actors will have a blast putting it on too. Rehearsals begin February 2, and the performance is Friday, March 6. Click here for more information and to register now.

“Be not afraid of greatness. Some are born great, some achieve greatness, and others have greatness thrust upon them.” ~ Twelfth Night (2.5) 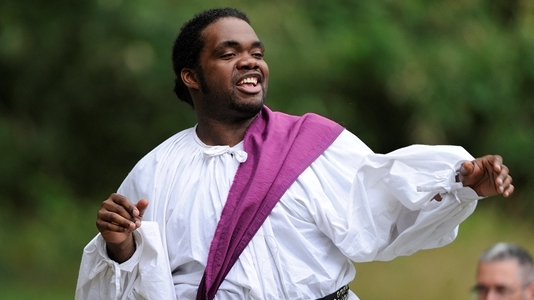 FEBRUARY AUDITIONS FOR OUR SUMMER SHOWS
We're holding open auditions on February 8th and 9th for our 2015 summer season. The shows are "As You Like It" and "Henry IV, Part One." Please register in advance for an audition slot. Click here for all the audition information.

Could we be more pleased to welcome back Red Room stalwart

Sounds above you, sounds behind you, sounds your ears make, sound under your brain etc. ALL SOUNDS WILL BE HEARD this fateful Saturday night.

"Bhob Rainey will perform a live diffusion of the full, 60-minute version of Axon Ladder, a quadrophonic piece developed by Rainey (Nmperign, The BSC) and Chris Cooper (Angst Hase Pfeffer Nase, Fat Worm of Error, etc.) over the past two years. The composers embraced their love for sci-fi / horror, utilizing utopian and dystopian genre concepts as generative material – namely, machine learning and artificial life. The striking poetic qualities of these algorithmic techniques in operation reveal music that is teeming with activity – complex, dense, playful, terrifying. Axon Ladder is a highly immersive experience with immense energy and emotional content that somehow manages to elude crass spectacularization – within all these layers of noise, there is warm silence."

“Since there are few primary sources written by black women during this time in history, Davis's diary...is rendered extraordinary simply because it has survived to be included in this very small class Aof resources,” writes publisher University of South Carolina press about Dr. Karsonya Whitehead’s Notes from a Colored Girl: The Civil War Pocket Diaries of Emilie Frances Davis (published May 2014). The book uncovers the story of a woman in Philadelphia’s vibrant free black community through the prism of identity, race, and class. Dr. Whitehead is assistant professor of Communication, and African and African American Studies in the Department of Communication at Loyola University Maryland.

Henry Louis Gates writes, “'Today has been a memorable day. I thank God I have been here to see it.' So begins the pocket diaries of free black woman Emilie Davis of Philadelphia on the day of Emancipation at the midpoint of the Civil War. Her words also capture my feelings in seeing Davis's diaries published under the expert eye of Karsonya Wise Whitehead, whose scholarly annotations not only set the scene but reveal how this 'everyday' domestic-dressmaker's decision to record her thoughts at the critical hours of the African American journey was itself an emancipatory act.”

In addition, Dr. Myra Y. Armstead, Professor of History and Director of Africana Studies at Bard College, discusses Freedom’s Gardener: James F. Brown, Horticulture and the Hudson Valley in Antebellum America (published February 2012), which traces the life of an escaped slave from Maryland who became a master gardener and kept a diary for over three decades. Booklist;calls Freedom’s Gardener a “meticulously sourced and carefully reasoned portrait.”

Programming For, and By, Youth

Griot’s Eye is an arts-based youth leadership and community-development program that equips urban youth with technical and cultural skills to produce compelling social media programs that address relevant issues in their lives.

Twenty semi-finalists from high schools in Maryland present their memorized essays on selected quotes from African American historical and cultural figures. A panel of judges will select the top three winners who will receive cash prizes and other items from the event sponsors. The annual event is hosted by WJZ-TV.

African American Art: An Intro for Kids
WHEN: Saturday, February 21, at 3 PM

The museum holds its annual open house with free admission to celebrate Black History Month. Families and friends are invited for a day full of interactive tours, activities and live entertainment. Sponsored by Verizon. ADMISSION: Free.

From May until November 1961, more than 400 black and white Americans risked their lives—and many endured savage beatings and imprisonment—for simply traveling together on buses and trains as they journeyed through the Deep South. The so-called “Freedom Riders” were deliberately violating Jim Crow laws that upheld segregation. From award-winning filmmaker Stanley Nelson, Freedom Riders features testimony from a fascinating cast of characters who were involved first-hand: the riders themselves, government officials, and journalists.

Half Past Autumn: The Life and Works of Gordon Parks
WHEN: Sunday, February 22, 2 PM
(90 minutes)

This documentary takes an intimate look at the life and career of Gordon Parks, a celebrated photographer, novelist, journalist, poet, musician, and filmmaker. The film stretches across two centuries as it traces his life and career from abject poverty in Kansas City, circa 1912, to his astonishing and unprecedented rise as a top photographer for Vogue, Life, and other magazines. The film also documents his later years as a filmmaker and composer up to 2006, the year of his death. Though Parks’ subject matter widely varied, his biggest claim to fame was his heart-stopping photographs of the Southern civil rights movement in the 1960s for Life magazine. Aside from footage and voice-overs of Parks himself, Half Past Autumn features Parks’ children and ex-wives, as well as celebrities and life-long friends Russell Simmons and Gloria Vanderbilt. In conjunction with the exhibition For Whom It Stands.

About the Reginald F. Lewis Museum

This comedy goes behind the scenes and then in front of the cameras as it follows five fascinating contestants: a fidgety Vietnam veteran; a know-it-all senator's assistant; a cocky young filmmaker; a dizzy housewife/author; and a bubbly senior citizen, from the time they meet backstage at a popular game show until one of them wins the grand prize.

Who wins the big money is one of Game Show's several compelling subplots. Another is the possibility of a rekindled romance between one of the contestants and the show's production assistant. And then there are the hilarious antics of the game show's narcissistic emcee and his beautiful bimbo of an assistant.

Who was the only bachelor president? What boy dubbed Lauren Becall's voice when she sang in To Have and Have Not? What was unusual about Babe Ruth's uniform when he hit 60 home runs? These and other intriguing questions are answered during Game Show, a warm and witty look at an American institution, the television game show.

2015 OFF TO A SIMMERING START @ SINGLE CARROT THEATRE THIS WEEKEND SEE THE SHOW
Visit the References to Salvador Dalí Make Me Hot page for a full cast list, special events, and more!

When Gabriela awakens to find her husband Benito has returned from a military assignment, their lust and frustration reach a boiling point, sending the couple down a corkscrewing slide of marital strife, sexual tension, and hostility. A Cat, a Coyote, and The Moon help weave Rivera’s story in language poetic and grounded, sensual and sardonic, all against the sweltering backdrop of a barren summer wasteland.


Friday, January 9th—OPENING NIGHT
At Single Carrot Theatre, an opening night is an event in itself. After the 7:30PM performance, the audience is welcome to stay for pizza, cava, and conversation with the artistic team responsible for bringing References to Salvador Dali to life. The celebration will include a toast and remarks from Genevieve de Mahy, SCT’s artistic director.

Thursday, January 22nd—POST SHOW DISCUSSION
Casting Culture: A Discussion on Staging Race & Casting Practices
Casting for theatre comes with a multitude of challenges, one of them being casting race. Is it vital to cast actors that are the same race as the character? How are actors of ambiguous ethnicity cast? Is ethnicity as important as race? References to Salvador Dalí Make Me Hot presented itself with a few such challenges and Single Carrot Theatre invites the audience to ask questions, raise voices, and discuss one of the most pressing issues in theatre today.

Thursday, January 29th—POST SHOW DISCUSSION
Meet the Actors
Audience members are welcome to join us after the performance to talk with the actors about the process and the production of References to Salvador Dalí Make Me Hot. The members of the cast will talk about their experience, and answer any questions from the audience.

ONE WEEK UNTIL “ONE NIGHT IN MIAMI…” OPENS @ CENTERSTAGE

WHY YOU SHOULD TAKE YOUR KIDS TO THE THEATER 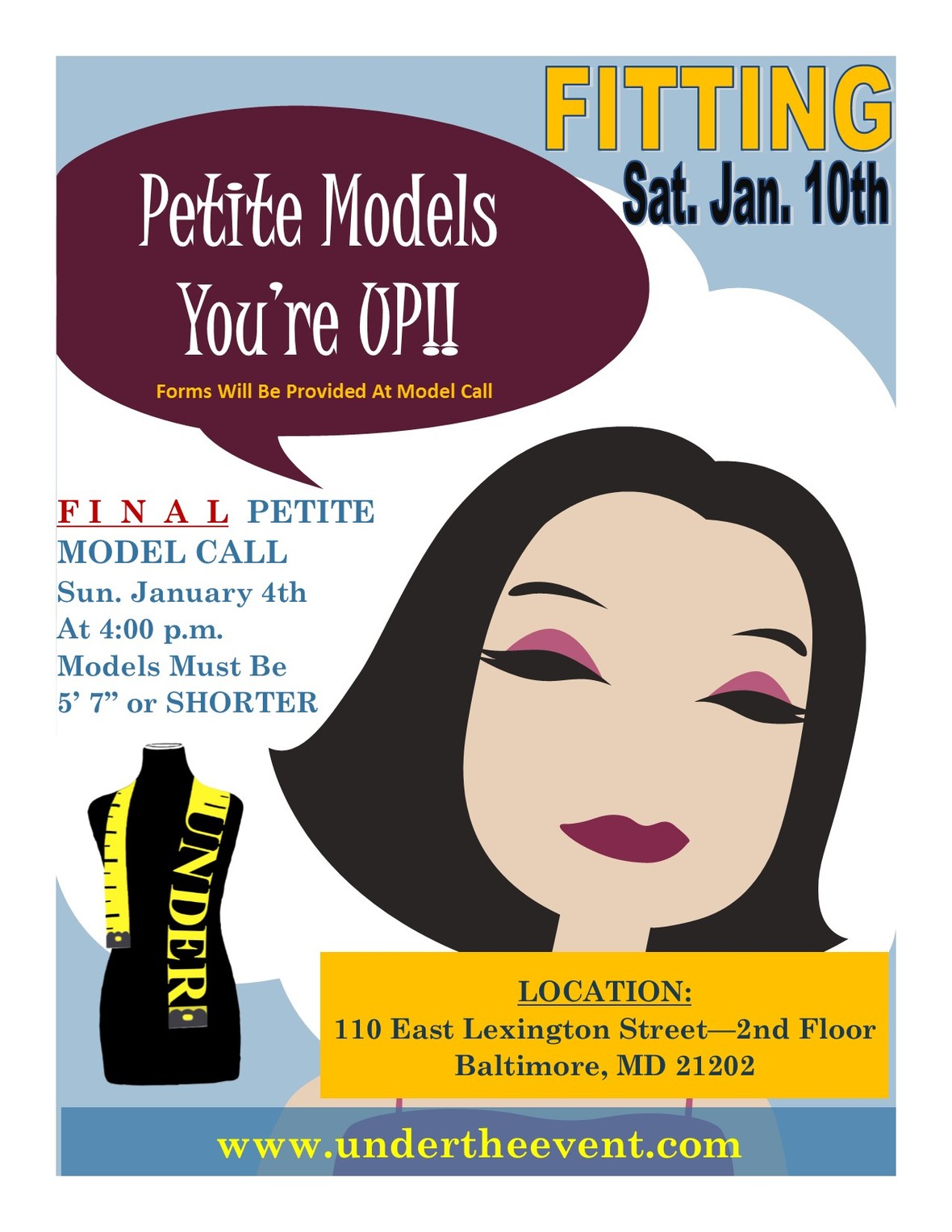