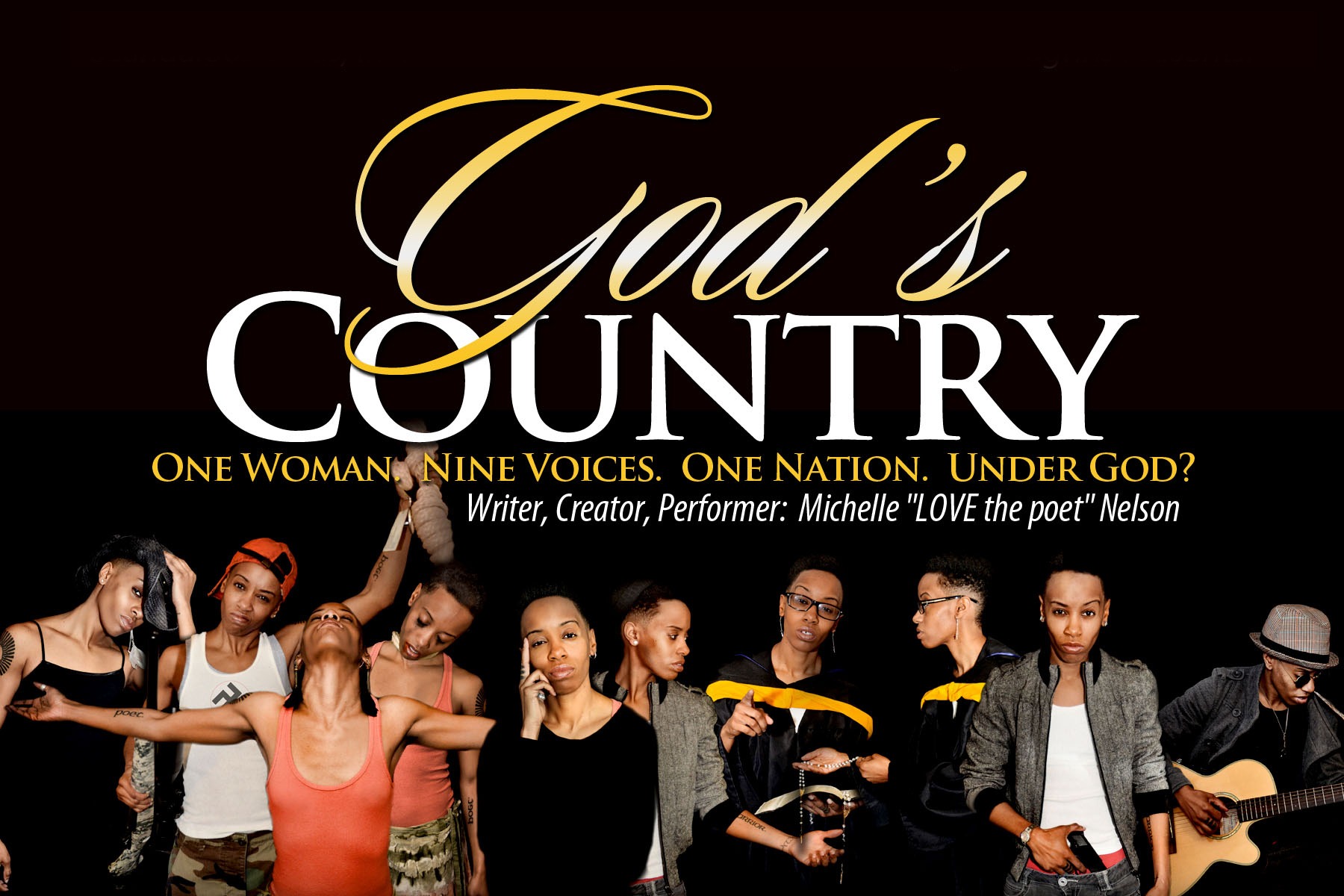 In a setting of a Wednesday night bible study, Michelle will take on eight distinct voices: a teen mother with HIV, an urban teenage drug dealer, a husband on the down low, a poetic narrator, a blind gay church musician, and more. Each character, in what is Michelle's first original play, is searching for the God in themselves through the eyes of everyone else, searching for an interpretation of "the word" that makes sense in their lives, searching for the answer to this question, "If this is God's country, where the hell is God?"

Michelle Antoinette Nelson, also known as LOVE the poet, is a photographer, actor, musician, poet, host and prominent indie artist/author on the national performance and literary art scenes, and in the field of creative writing education. She has appeared on CNN as a speaker at the Jena 6 rally in Washington, D.C.; authored the book “Black Marks on White Paper”; is the recipient of the 2011 Baker b-grant award; released multiple spoken word CDs; and has performed at the Smithsonian & college campuses nationwide. Michelle is also a Punany Poet (as seen on HBO); the playwright and star of "God's Country"- her touring one woman play; an Urban Arts Leadership Program Fellow; the creator of Live Lyrics! Creative writing workshops; and the founder/host of BE FREE Fridays (monthly open mic series).