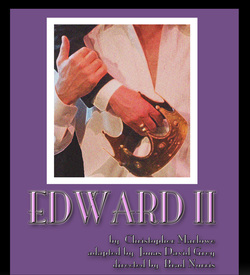 In a time of civil strife and growing political unrest, the fate of an  English king is threatened not by war, but by the prejudice of his own court against the man he loves.

Marlowe’s play illustrates the romance between Edward and his beloved Gaveston with surprising candor and reveals that not even the Crown is  safe against the crushing intolerance of Church and State.