Enoc Perez paints vivid series of modern architectural icons, sensuous nudes, still lifes and tropical resorts, many of which include veiled biographical references to his Puerto Rican heritage. He is best known for his paintings of modernist buildings rendered in eye-catching, dazzling hues. Living in midtown Manhattan since 1997, Perez has been captivated by the great skyscrapers and architecture that comprise the city’s iconic skyline, and also frequently paints the modernist buildings that he remembers from his youth in Puerto Rico. Perez will be a visiting artist in the Hoffberger School of Painting. 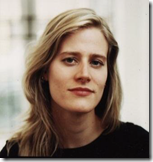 Inspired primarily by architectural blueprints and technological sketches, Dannielle Tegeder creates seemingly abstract environments composed of interconnected recurrent forms. Her work has been featured in more than 100 solo and group exhibitions both nationally and internationally, and has appeared in the New York Times, Artforum, tema celeste, Art in America and the Chicago Tribune, among others. She has received numerous awards, including a grant from the Pollack-Krasner Foundation (2003) and a fellowship at the Lower East Side Print Shop (2004). Her large-scale drawings have recently been acquired by the Museum of Modern Art in New York, the Weatherspoon Art Museum in Greensboro, N.C. and the Museum of Contemporary Art in Chicago. 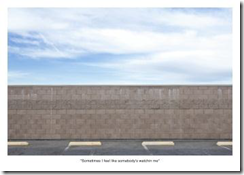 Join artist and MICA faculty member Nate Larson for an informal conversation about the series, Geolocation, which is featured in Under Cover, an exhibition examining the continuously shifting definitions of shelter and privacy that has been put together by the Exhibition Development Seminar class. Refreshments will be provided. 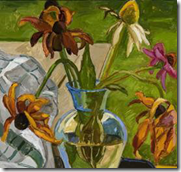 Representatives from several artist-led galleries and collaborative groups will discuss the important roles these associations can play in a larger community. This public programming is part of The Common Object exhibition, now on display in MICA’s Meyerhoff Gallery through March 11. The travelling exhibition features more than 60 paintings by 37 Zeuxis still life painters association artists that incorporate the everyday object of a dishtowel. (Above: Sharon Yates, Mixed Flowers with Towel, oil on panel, 2009.)

Cat Mazza is an artist whose work combines craft with digital media to explore the overlaps between textiles, technology and labor. She is the founder of microRevolt, a web-based project that hosts the freeware knitPro and was a founding staff member of Eyebeam, an art and technology center in New York City. Her work has been exhibited extensively both nationally and internationally, including at the Triennale di Milano in Italy, the Museum of Arts and Design in New York City, the Garanti Gallery in Istanbul, Turkey, the San Jose Institute of Contemporary Art in Calif., the Jönköpings läns Museum in Sweden and the Museum of Contemporary Craft in Portland, Ore. Her work will exhibit in the forthcoming exhibition, 40 Under 40: Craft Futures, at the Renwick Gallery in Washington, D.C., a Smithsonian American Art Museum. Mazza’s work has been written about in the New York Times, Artforum and several books, including KnitKnit: Profiles and Projects from Knitting’s New Wave and Dark Matter: Art and Politics in the Age of Enterprise Culture. She is currently an assistant professor of art at University of Massachusetts Boston. Her talk is part of the Fiber Department’s Mixed Media Series. (Above: Nike Blanket Petition, 2003-present. Organized by microRevolt, this 14-foot-wide blanket of the Nike swoosh was made by networked craft hobbyists from more than 40 countries to protest sweatshop abuses.)

This lecture by Alexander Alberro, the Virginia Bloedel Wright Professor of Art History at Barnard College and Columbia University, will take as a starting point artist Cildo Meireles’ Disappearing Element/Disappeared Element, in which mobile vendors sold water ice popsicles amongst the 2002 documenta exhibition in Germany. Alberro addresses the multiple ways in which key elements of this participatory and ultimately ephemeral artwork recall the reflections on the institutional framework of art that in North America and Europe have come to define institutional critique. Alberro will also relate the critical dimension of Disappearing Element/Disappeared Element to an entirely different legacy of art practice that sought to go beyond the traditional limitations of the aesthetic object and the institutional framework, namely that of the generation of Brazilian artists that includes Lygia Clark, Hélio Oiticica and Lygia Pape.

Born in Manchester, England, Jane South worked as a set designer in experimental theater before moving to the United States in 1989. Inspired by her bike rides around New York City and the shifting perspective that results from moving toward and away from structural objects, South uses fundamental materials—paper, balsa wood, acrylic and ink—to create intricate, large-scale, wall-mounted constructions that explore the ―phenomenological experience of architecture.‖ Besides receiving numerous fellowships, grants and residencies, South was the recent recipient of a 2009 Joan Mitchell Foundation Painters and Sculptors Grant and a 2010 Camargo Foundation residency in Cassis, France. Her work has been exhibited at the Museum of Arts and Design in New York, the Knoxville Museum of Art in Tenn., the Weatherspoon Art Museum in N.C. and the Telfair Museum of Art in Ga., among others. In addition to her talk, South will be visiting with the Rinehart School of Sculpture. 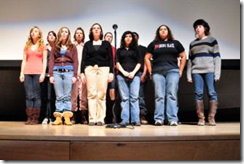 Sarah Rapson studied at Hornsey College of Art in London and L’Ecole nationale supérieure des arts Decoratifs in Paris. From 1989–1990, she was selected to participate in the Whitney Museum Independent Studio Program in New York. Subsequently, she spent years living and working in a factory building in Williamsburg, Brooklyn. Currently, she lives and works in a ropemaker’s terraced brick cottage, in Bridport, Dorset, England. Her photographs taken in London along with new work made in Dorset from used materials—including pallet wood, ash, stripped painting stretchers, salvaged house paint and newspapers—have all recently been shown alongside a series of projects at Salon Nacional in Cali, Colombia; T12 Space in London; Galerie Zürcher in Paris; and Zürcher Studio, La MaMa Galeria, and Cheim & Read in New York. This talk is sponsored by the Hoffberger School of Painting.

With a goal of providing a diverse outlook on current issues in art education, MICA’s National Art Education Student Chapter will host the Graduate Research: Rubber Meets Road conference. Graduate students and practicing teachers will present their research and experiences during a panel discussion, which will be followed by breakout group discussions. The event serves as a pre-conference for the National Art Education Conference in New York City on March 1.