The classic psychological novel is a favorite of high school and college literature classes. Do your teen a favor and take him/her to see this riveting production, up front and in the flesh. A great introduction to dramatic theater! But you have only 2 more weeks to do it!

In this riveting, intimate adaptation of Dostoevsky's monumental 19th-century novel, the philosophical gets personal, and we get a thrilling new look at one of the most vivid murder mysteries ever written.

Raskolnikov has a lot on his mind: Napoleon, Nietzsche, Darwin and an axe murder. When a dogged detective starts putting together the pieces, he ignites a battle of wits in which the philosophical gets personal. This riveting, intimate adaptation gives a thrilling new look at one of the most vivid murder mysteries ever written.

Runtime: 90 minutes with NO intermission. 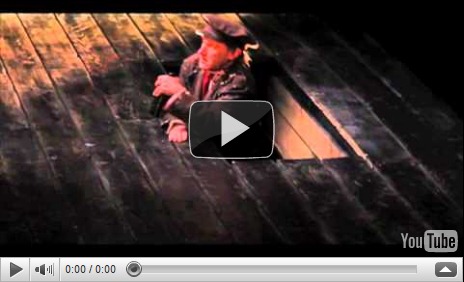 Click the "Play" button and hear Director Jason Loewith discuss the performance's set, which has been described as an "unequivocal success"!
Posted by Ruth Ross at 10:46 AM